MidAtlantic Bulldog Rescue (MABR) is an NJ non-profit organization with experienced volunteers on a mission to help bulldogs in need. MidAtlantic Bulldog Rescue volunteers provide a safe and loving home for bulldogs in transition. Mick is just one of the many bulldogs from MABR who found a forever home. Here is his story.
Mick, a 5 year old male bulldog, was in a shelter in Philadelphia for over one year while legal charges against his owner were being processed. Mick was seized along with a female bulldog Bea and several other breeds of dogs. The Philadelphia SPCA was able to adopt out Bea to a family, as she only required a spay. When the SPCA called and asked if MABR would take Mick into its rescue, they informed them that he needed extensive medical care the shelter was unable to give him.
At his first vet visit they planned to neuter him, have his nasal passages widened and have his tail amputated. Cathy Kittell of MidAtlantic Bulldog Rescue received a call from Dr. Schull at Richmond Valley Vet informing her that Mick had a mass on his spleen. The decision was made to perform a splenectomy and biopsy the mass. Dr. Schull was able to neuter him at the time of surgery.
The biopsy came back clean, and two weeks later Mick had surgery for tail amputation, nasal passages and upper and lower double entropion surgery. Mick also has deep calcification in both of his ears (he is mostly deaf) and has a double luxating patella. He also has limited vision from the years of his eyes being untreated. The foster family has managed to control his ear condition and he will see an orthopedic specialist in the future. With the help of grants and donations, MABR was able to afford medical care for Mick.
Mick was adopted on June 24, to the family that adopted Bea. MABR was able to reunite Bea and Mick, who had not been together since March of 2013. They did remember each other as Cathy was told they slept side by side their first night together.
On June 19, MABR filmed a segment on News12 NJ’s “The Pet Stop” with show host and Purr’n Pooch Foundation for Animals’ Trustee Dr. Brian Voynick. Mick was the star of the show and a hit with the host and viewers  Here he is, happy and healthy mugging it up for the camera.

New Life Boxer Rescue is a non-profit organization which spans over the northeast region of the United States. Its foster homes are spread out across the country. The organization is dedicated to the preservation and enhancement of the lives of Boxers who are at risk of being neglected, abused or forced to find new homes for reasons not in their control. Dupree, a very special dog, is just one of the many boxers who found love and care at New Life Boxer Rescue. He hasn’t found his forever home yet, but is currently being loved and cared for by his foster mom Patricia of New Life Boxer Rescue. Here is his story.
Dupree came into New Life Boxer Rescue blind. He is a loving, sweet boy. As a special needs boxer, his chances were not good for finding his forever home. After numerous visits to the vets, they found out that Dupree could possibly be a candidate to have his sight restored. Dupree was operated on at Pittsburgh Veterinary Specialty and Emergency Center (PVSEC) and the doctor was able to save his sight in one eye. His second eye was too far gone and was subsequently surgically removed. New Life Boxer Rescue had to raise over $4000 for his surgery.

Dupree pulled through with flying colors. Ellen Garfunkle of New Life Boxer Rescue said, “We hope he will eventually find his special family that will love him as much as we do.”

German Shorthaired Pointer Rescue (GSP Rescue) is a network of dedicated volunteers who have the capacity to love their breed beyond the regard they hold for their own personal dogs. Rescue dogs come from shelters and pounds, from which they must be pulled, given health care, reconditioned or trained and placed. An unwanted dog may also come directly from a home where circumstances have changed. In these cases, the organization helps the family find an appropriate new home for the dog. Here are a just two stories of special pups rescued by GSP Rescue.

Mr. G (which stands for Ganado) was loved very much by his adopted parents Michelle and Dino. He was just shy of 15 when he passed in his mother Michelle’s arms this year. In his lifetime he traveled to many states far and wide including Arizona, Colorado, New Mexico, California, Texas, Alabama, Georgia, North Carolina, Pennsylvania, New Jersey, New York and Delaware. Mr. G’s mom Michelle intends to turn his adventures into a book. Dino and Michelle are active GSP Rescue of NJ volunteers because of Mr. G.
Henry was surrendered by his owner who no longer had time for him before he was rescued by GSP Rescue. He now lives happily with his adoptive parents Melanie and Daniel.

With the assistance of grants and donations, the Marine Mammal Stranding Center is able to continue to help rescue, rehabilitate, release and preserve marine mammals and sea turtles.
To apply for a Purr’n Pooch Foundation for Animals grant visit www.purrnpoochfoundation.org.

SPECIAL THANKS TO OUR SUMMER GALA SPONSORS 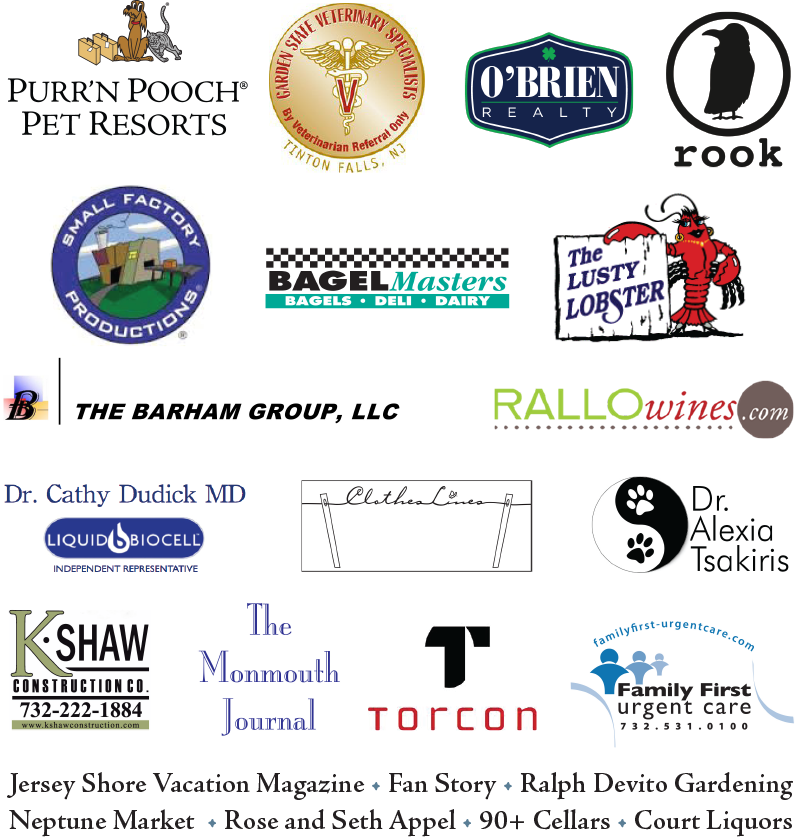 PrevPreviousProtect Your Pets During Fireworks Displays Across the Jersey Shore
NextPets Enjoy the Dog Days of Summer at Purr'n Pooch!Next